Office Opens to the Public 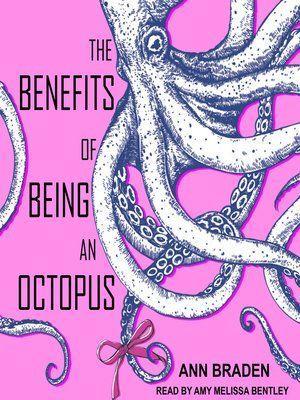 The Benefits of Being an Octopus by Ann Braden
Access as an audiobook for free by signing into CVSD SORA. UN: Student ID # PW: 8-digit Birthdate.
The book can also be checked out at your local public library or purchased at a bookstore.
ABOUT THE BOOK:
Some people can do their homework. Some
people get to have crushes on boys. Some
people have other things they’ve got to do.
Seventh-grader Zoey has her hands full as she
takes care of her much younger siblings after
school every day while her mom works her
shift at the pizza parlor. Not that her mom
seems to appreciate it. At least there’s Lenny,
her mom’s boyfriend—they all get to live in his
nice, clean trailer.
At school, Zoey tries to stay under the radar. Her only friend Fuchsia has her own
issues, and since they're in an entirely different world than the rich kids, it’s best if
no one notices them.
Zoey thinks how much easier everything would be if she were an octopus: eight
arms to do eight things at once. Incredible camouflaged ability and steady,
unblinking vision. Powerful protective defenses.
Unfortunately, she’s not totally invisible, and one of her teachers forces her to join
the debate club. Even though Zoey resists participating, debate ultimately leads her
to see things in a new way: her mom’s relationship with Lenny, Fuchsia’s situation,
and her own place in this town of people who think they’re better than her. Can
Zoey find the courage to speak up, even if it means risking the most stable home
she’s ever had?
Tis moving debut novel explores the cultural divides around class and the gun
debate through the eyes of one girl, living on the edges of society, trying to find her
way forward.
Read more about how to access it for free and a short summary of The Benefits of Being and Octopus

CVSD expects to fully open on a normal school schedule for the fall of 2021.

CVSD does not currently teach, nor does the district have any plans to teach Critical Race Theory (CRT) in our schools.
Show ALL NEWS